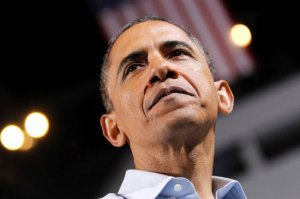 Fine by you? We don’t care.

Recently reemerging debates in mainstream media about gay marriage have had me thinking about the state of my own identity in our current political moment. As a queer person of color invested in the transformation of oppressive orders, gay marriage is not an issue I feel strongly about one way or another. I’ve heard it defended and critiqued convincingly by all different kinds of parties, but none of them in a way that made me feel I had a stake in the issue, either for or against it. This may have to do with my young age, lack of experience in navigating the various apparatuses of the state, or the fact that I have yet to be in a longterm relationship with one partner. I think it has more to do, however, with who is left out of the issue. Certainly the marriage question makes trans, gender queer/nonconforming folks, and those whose relationships challenge traditional models of marriage and monogamy invisible in political spheres in which they were once central catalysts. But just as much, gay marriage as a political platform erases queers for whom housing, employment, education, police brutality and the prison system are all much larger issues than how the state chooses to recognize their relationship status. The result of gay marriage taking a political fore is not only the fracturing of communities which have been struggling for unification for decades, but a shift in the focus of queers and their supposed allies.

What the issue of gay marriage appears to have become is a litmus test for tolerance. Debates on marriage are coded conversations about an inherently queerphobic state’s ability to absorb gays and lesbians–and only gays and lesbians–into its machinery. The conversation often involves only straight representatives of the government’s various branches, who duke it out to determine who is a bigot and who is not, who has traditional values and who does not, who is cosmopolitan and enlightened and who is backward. Gay marriage as a ticket is not really about queer people, or our basic human rights. Rather, it represents the appropriation of our identities, our histories and our struggles by a state which has always detested them, so that it might decide for itself whether it is ready to passively accept our subversive existence or not. The belief that it is about “equality” misleads not only straight folks who pat themselves on the back for acting on our behalf. It also forces us to imagine marriage as the central issue of our own communities and their struggles for justice. Ultimately, we are all made to navigate a political environment in which the only way we can express our commitment and support of our communities, our allies and ourselves is by blindly supporting a political campaign which was created by a few of us in the interests of even fewer.

I’m tired of my life, my identity and my political voice being confined, reduced to and determined by a singularly minor political question, one which was never raised by myself or any of the oppressed people I am closest to. I am tired of young and recently-out queers feeling that the best or even the only way to become politically involved in their communities is to become gay marriage advocates. I am tired of poor, brown, unemployed and homeless queers supporting political parties and figures who deny them basic rights every day, simply because they have “come out” in support of gay marriage. I am tired of the universal silencing of trans voices, more and more by other queer people who see a space for themselves in mainstream discourses, and understand whom they must distance themselves from to get there. I am tired of people who have never asked me what I want or need calling themselves my allies. I am tired of movements being designed and galvanized by the ultra-wealthy, supported by private sponsors, and carried out by the people whose degradation is required to generate the excesses of an inequitable society. I am tired of gay marriage being treated as the primary issue around which any one of us ought to be organizing or acting.

I’m sure there are queer people who can tell me the important communal and economic gains that might come from the universal passing of gay marriage, just as I know there are queers who can outline the conservative and divisive political turns it is leading us towards. But more than being swayed by any or all of these arguments, I wish more than anything that some different topics were on the table. I don’t want to be tolerated, and frankly, I don’t care whether I am or not. What I want are inclusive movements which strive to meet the needs of all oppressed people, not just the ones who happen to have enough money and clout to squeeze their voices into mainstream arenas. I want our communities to have the space they need to ask themselves what they want, which political questions matter to them, and how they wish to proceed in advocating for them. I want activism and organizing which unite disparate communities in challenging power, instead of renting them apart for the political sanctification of a few. And it is imagining, outlining and bringing into fruition all of those movements which excites me, not queer marriage nor circular critiques of it.

7 responses to “Making Our Own Movements: Queer Activism in the Gay Marriage Era”